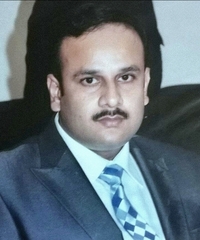 I am practising before the High Court as well as the District Court of Lucknow. Main Practise area is Criminal, Matrimonial Disputes, Civil and Service matters. The advocate of Roll and Member of Oadh Bar Association of Lucknow High Court.

Date
Type of case
Description
Outcome
1 Sep 2019
Constitutional Law
A government employee was wrongly terminated from the service due to pending of a criminal case.
The petitioner is reinstated with all the consequential benefits.
1 Sep 2019
Criminal Law
Accused was arrested in a trap case without following the procedure laid down in respect of trap. The sanction for prosecution given by the concerned authority was also not as per the law.
The accused has discharged from all the allegations made in the charge sheet.
1 Sep 2019
Property Law
A mutation was rejected by the concerned revenue officer however the petitioner has a valid sale deed executed by the legal heir of the owner who got right in the property by a Will.
The Board of Revenue has set aside the order of the revenue officer and remanded the case.
1 Sep 2019
Labour
A junior officer was promoted by the government. The aggrieved government officer filed the case before the State Public Service Tribunal for quashing of the said promotion order.
His case is allowed and promotion order was quashed with direction to promote the petitioner.

Other lawyers in Lucknow