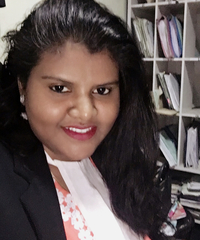 An advocate with over half a decade worth of litigation experience and an insatiable appetite for knowledge, and I take up cases throughout Karnataka and India). I was selected for Karnataka Civil Judge examinations and attended viva voce for 3 times.

Date
Type of case
Description
Outcome
1 Mar 2018
Civil Law
It was suit for declaration and possession of the property I was for defendant side and plaintiff had no title or failed to prove her case
I won the case being on the defendant side...!
1 Feb 2017
Criminal Law
It was case of Negotiable instruments Act and it was high profile case of Kannada movie director/ writer ( Nagathihalli Chandrashekar)
I won the case and the court has awarded the double amount of the principal amount...!
1 Jun 2016
Criminal Law
It was case of 304 B of ipc it was in Mysore court and I had been assisting the public Prosecutor against accused.
The accused were convicted in that case.
1 Aug 2015
Criminal Law
It was case of section 376 of ipc and I was for accused it was concluded with posco... it was kind love affair and the matter was at strike..
Finally it got settled because it was an love affair
1 Sep 2014
Civil Law
It was suit for permanent injunction my client was an transgender and some high profile builders were interfering in her property and it was good case at the point.
I won the case
1 Nov 2013
Family Law
It was case of dissolution of marriage by way of desertion and cruelty and I was for husband side and it was high profile case of Doctor
I won the case and wife hasn’t got single penny from husband.
1 Dec 2012
Civil Law
It was case of partition and was for plaintiff to grant share of the plaintiff and plaintiff was being daughter of that house and because it was a ancestral property.
I won the case... it was granted half share to daughter in a suit schedule property of the case

Other lawyers in Bangalore