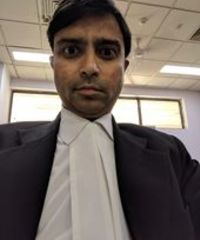 I've been practicing for more than a decade predominantly in the field of commercial laws, media law, labour law and constitutional law. As part of commercial law, I've worked on varied statutes having a bearing on commercial activities, ranging from the contract law, arbitration, regulatory compliance, property law, labour law, environment protection law and the Constitution of India. I've been engaged in matters before the High Court of Delhi, District Courts in Delhi and the Supreme Court of India, besides numerous arbitration proceedings.

A good way to resolve every legal dispute is to look for lawful means to attain an end without litigating unnecessarily. Where a strong legal notice can work with a private party, there is no point fighting in Courts; where a mutually worked legal solution may work with governmental authorities, there's no reason to fight authorities in Courts. But once it comes to litigation, there's no going soft, go all out, play for keeps and takes no prisoners.