Asked 7 years ago in Criminal Law

Ask a question and receive multiple answers in one hour.

Lawyers are available now to answer your questions.

You have a good case for defence and I don't know whether you have already filed a Quash Proceedings in the High Court challenging the proceedings initiated by the complainant in the criminal court. The main ingredient is that the cheque issued should be a legally enforceable debt, in your case it is only towards the security your son had given it to the finance company and it is being misused by them, once you prove this defence then you are out of the criminal proceedings of the case. However, the finance company can be left with an option of initiating the civil proceedings for recovery of amount but the law of limitation will come to your rescue. Go ahead with your case even in trial you can prove the malafide intentions of the finance company in manipulating the facts and projecting the untrue facts before the court to get benefit by illegal means.

Fight the case on merit, it is a very strong case in your favour. After receiving the summons from the court, file an application before court u/s 145(2) of Negotiable instrument act for cross examination of complainant as the above section said145. Evidence on affidavit.

(1) Notwithstanding anything contained in the Code of Criminal Procedure, 1973, (2 of 1974) the evidence of the complainant may be given by him on affidavit and may, subject to all just exceptions be read in evidence in any enquiry, trial or other proceeding under the said Code.

(2) The Court may, if it thinks fit, and shall, on the application of the prosecution or the accused, summon and examine any person giving evidence on affidavit as to the facts contained therein.]

You can win your case based on the experts opinion, ink-aged experts report.

The prosecution will not produce the bank statements and documents which favor your case. So you need to file an application under section 91 CrPC to get the above referred documents on record.

In case your application gets rejected by the trial court, then you may file a revision petition against the rejection order. Further, you may produce your witnesses at defense stage and also can get all the relevant documents on record so as to built up a strong defense case.

The burden of proving legally enforceable debt lies on prosecution, and in your case you seem to have enough evidence to rebut that. Please refer to the Supreme Court Judgment of 'Krishna Janardhan Bhat vs Dattatraya G. Hegde' delivered on 11 January, 2008 in this regard.

Above views are OK but if you can prove that cheques were given as security than you have very good merit. 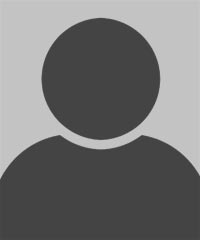 Don't look for any SC citations as they appear very attractive at first blush but are peculiar to the facts of the cases in which they were laid. Every case is special in its own merit. Engage a lawyer and let him chalk out the strategy to be adopted in defence.

Get legal answers from lawyers in 1 hour. It's quick, easy, and anonymous!
Ask a lawyer
Ask a lawyer  Talk to a lawyer

Get legal answers from lawyers.
It’s quick, easy, and anonymous!

Schedule a 15-minute call with a lawyer.
It’s quick, easy, and confidential!