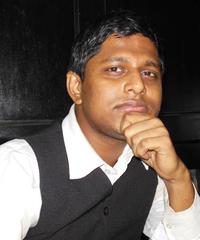 Date
Type of case
Description
Outcome
1 Dec 2017
Constitutional Law
West Bengal University of Health Sciences debarred my client from appearing in the Examination as she failed to clear a particular subject in two successive attempts.
Disposed of by directing to consider the prayer of my client within the ambit of the existing Rules.
1 Nov 2017
Family Law
The Sister of my client died in the Government Hospital but the Municipal Authority did not issue Death Certificate.
The Court directed the municipality to issue the death certificate.
1 Jul 2017
Civil Law
This first miscellaneous appeal is directed against an order of remand passed by the Court below.
Both parties were directed to submit their documents for authentication.
1 Apr 2017
Labour
My client was deprived of his terminal dues from his employer.
The matter is still pending before the High Court at Calcutta.
1 Sep 2013
Criminal Law
My client was apprehending of her arrest under Section 326 of IPC.
Anticipatory Bail was allowed